Visit the new 21 November issue of Sovermjei Sedina/The Sovermian Week for His Majesty’s first address, plus other features.

Founded in 1999 initially as a libertarian state, the Kingdom of Sovermia — Sovermjei Regja — has continued to evolve, and celebrates proud micronational traditions of regjei ksetrosta (monarchic governance), dongva (language) and kultura (culture). 7 August 2019 marked our 20th year as an independent and sovereign nation!

We welcome visitors and delight in your interest in our unique and beautiful country.

Sovermjei Regja/The Kingdom of Sovermia celebrated its 20th anniversary as a Reconstitution Day. This first stage of revision of our founding document, initiated by citizen input, along with the ascent of King Emery the First, means that the character of the nation is undergoing a profound shift. Progress toward its projected form as a constitutional monarchy is underway, and will be detailed on this site as it continues to take shape.

Among the changes is a wider appeal, particularly to local residents of Vermont who live in the immediate vicinity of Sovermia, as well as to all others interested in becoming citizens of the Kingdom.

You can continue to read previous editions of Sovermjei Sedina, our English-language weekly newspaper.

Is language your thing? Why not learn some Sovermian! Look no further for an opinionated take on micronations and sovereignty. Or maybe it’s our weekly paper, with a range of viewpoints and perspectives, that catches your attention. Got a question or comment you’d like feedback on? Curious about the Sovermian dorva oak? Whatever it is, we invite you to sample something of what we offer.

As a small nation located in New England and wholly surrounded by our much larger neighbor, the United States of America, Sovermia has maintained remarkably stable relations with the aging superpower for the entirety of our twenty years of independence. This is a testament to generally prudent political sense on both sides. Our FDA — the Foreign Development Assistance which we generously pay to them every April 15th — has clearly helped!

As a verse from our national anthem says:

Should our horizon narrow now to darkness,
ah, nation that we love, may you awake
and know the dawn delays its coming merely —
your people hear you, struggle for your sake. 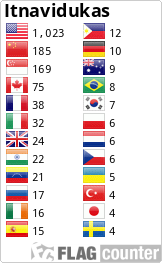 [Website established September 2018. Our greetings to all itnavidukas — our visitors.]